Karl-Heinz Steinkühler discovered his passion for journalism immediately after school. During his training years as an architect, he spent the weekends on the sports fields in East Westphalia, wrote in the “Neue Westfälische” about the soccer club Arminia Bielefeld and soon changed the drawing board to a typewriter. After the traineeship at the “Rheinische Post” in Düsseldorf, he returned home, but not to write about sports, however, politics. 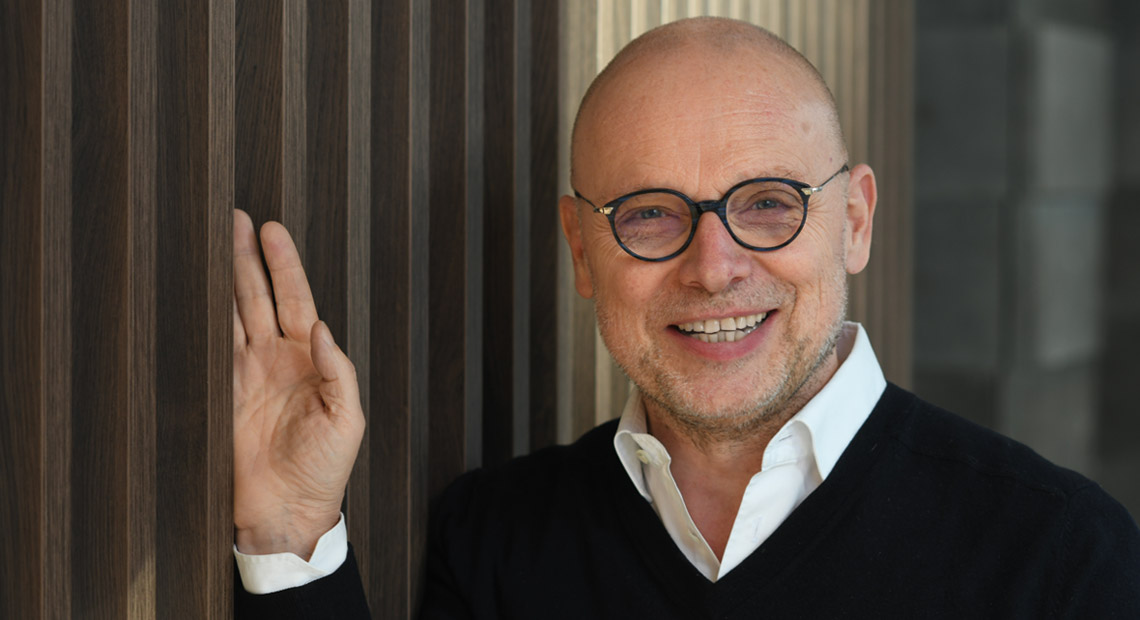 The young editor accompanied Chancellor Helmut Schmidt on his trip to Erich Honecker in the GDR, and was there when Helmut Kohl became Chancellor of the Republic. He experienced the fall of the Berlin Wall first-hand and hence travelled mainly through the countries of the former Eastern bloc as chief reporter. Russia, Poland, Estonia, Belarus, Romania, Bulgaria - the decay of the East was described directly by him. The political hot spots shifted. From the frontier at Tigris he reported about Saddam Hussein’s poison gas attack on the Kurds. For more than two years, his topic was the war from the disintegrated Yugoslavia and besieged Sarajevo.

After uncovering one of Germany’s biggest economic fraud scandals, he received the “Wächterpreis” for Research Journalism - and moved to Düsseldorf as Head of Office for the new news magazine Focus. The crises remained his theme, he focused on politics and business. The takeover battle of Thyssen and Krupp as well as the disintegration of WestLB, which was triggered by a corruption affair “Flugaffäre” and ultimately lead to the resignation of the North Rhine-Westphalian Finance Minister and bank chief, were described and revealed by him. He often traveled to China, Japan, India, Canada, Israel, and the United States alongside prime ministers, ministers, and business delegates.

His 30 years of experience in politics, economics and journalism were the foundation of his own consulting agency, formed in 2010. There, he advised the other side, namely politics and business, in dealing with the media. In many crisis and communication mandates, he led his clients successfully through high-profile, exceptional situations. In 2016, he founded a publishing agency with BEST CONTENT Communications. As the co-founder and shareholder of Triple-S-Strategies TSS GmbH, Steinkühler completes his corporate portfolio.